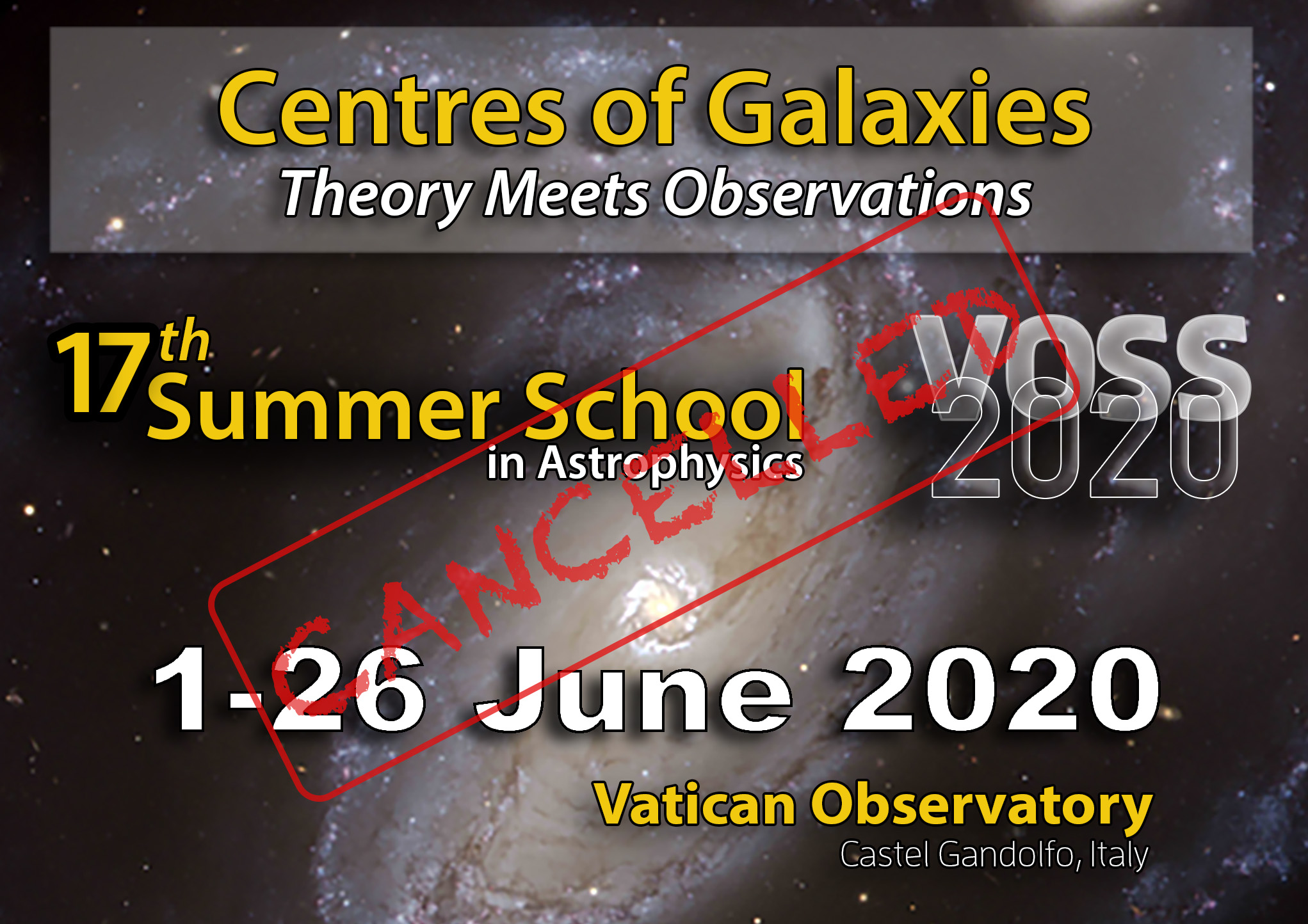 The centres of galaxies are superb laboratories for studying the interplay between stellar dynamics, hydrodynamics, star formation, stellar feedback, and supermassive black holes. New technological developments, such as high-resolution integral field spectrographs with adaptive optics, are enabling us to study these regions with an unprecedented level of detail and breadth of scope, and the amount of information gathered has grown dramatically in the past few years. This is bringing transformational advances in extragalactic astronomy, but the richness of the data and the complexity of the subject can be potentially confusing, while progress in the field require a solid understanding of fundamental physical concepts with respect to the structure, dynamics and stellar population content of these components.

This course of lectures and hands-on projects will provide young researchers with a thorough preparation for understanding the
observed properties of galaxy centres and the theory behind them.
We will introduce students to what current observations tell us about the central components of galaxies, how these relate to galaxy scaling relations such as those of supermassive black holes, and the state-of- the-art techniques used for morphological analysis and 3D spectroscopy as applied to the central regions of galaxies. We will then interpret the observed phenomena in terms of dynamical theories of galaxy formation and evolution. We will start by basing students’ intuitions on analytical approaches that often provide useful insights. We will then proceed to orbital analyses and KAM theory, a key conceptual tool for barred galaxies. This will enable us to explain much of the observed features and a substantial part of the behavior of N-body simulations. With this preparation in hand, we will be able to present and interpret results of N-body simulations, and to relate them back to the observed nature of galaxy centres. 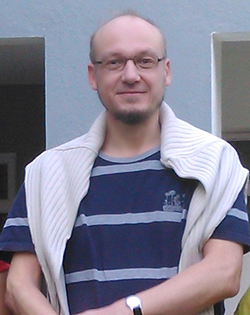 Witold MACIEJEWSKI (Chair)Liverpool John Moores University, UK
Expertise in orbitai dynamics and hydrodynamics. VOSS 1993 alumnus. Senior Lecturer at Liverpool John Moores University. He developed a theory of nuclear spiral shocks in galaxies, and found regular orbits that support nested bars. He enjoys working at the interface of theory and observations, especially on the interpretation of kinematics derived from integral-field and interferometry data. He has published more than fifty refereed papers and popular science articles. (He taught both undergraduate and graduate courses, in physics and in astronomy, in Poland, in the United States and in the United Kingdom.) 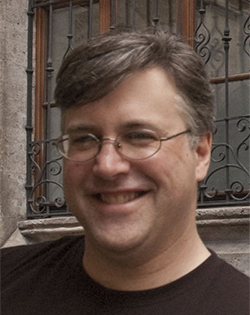 Peter ErwinMPE, Germany
Expertise in observational galaxy morphology, including bars, double bars, classical bulges and pseudobulges of various kinds, nuclear star clusters, and measurements of supermassive black holes. Currently based at the Max-Planck-lnstitute for Extraterrestrial  Physics, he has published over 75 refereed papers. Author of Imfit, a popular software suite for modeling and decomposing galaxy images. Leader of the Composite Bulges Survey, an HST-based collaboration focused on defining the local reference for understanding the morphological, kinematic, and stellar-population components of disk galaxy centers. 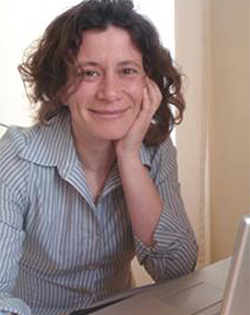 Isabel PérezUniversidad de Granada, Spain
Expertise on stellar populations, observational studies of ionised gas and stars in disc galaxies, particularly in barred galaxies. Professor at the University of Granada. Active member of the international collaborations: CALIFA,TIMER, SIGNALS/SITELLE, and WEAVE/Apertif focused on the exploitation of state-of-art integral field spectrographs around the world to study galaxy evolution. More than fifty refereed papers on the subject. She has supervised numerous graduate and undegraduate students. She teaches, physics and astrophysics, at the undergraduate and graduate level since 2006. Apart from an active research career she has being strongly involved in outreach activities. She participates in several projects of teaching innovation at the University of Granada and a European project for inclusion at schools using astronomy. She is an active collaborator in the local media to disseminate science and promote science at schools. 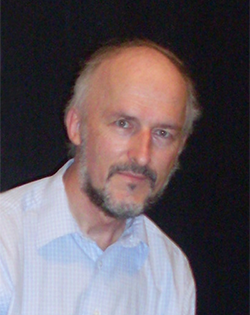 Daniel PfennigerUniversité de Genève, Switzerland
Expert in the gravitational dynamics of galaxies, in particular barred galaxies, peanut-shaped bars, bulges, double bars, and galaxy secular evolution. The methods used have mainly combined mathematical tools to various types of numerical simulations, as traditional analytical methods are unable to describe the central role of chaos to the evolution of complex systems such as galaxies. Also has contributed to several topics of theoretical astrophysics, such as baryonic dark matter as cold interstellar gas, chemistry in the early universe, gravitating gas subject to a phase transition, warm dark matter, and the role of quantum physics in cosmologenic neutrinos. Teaching researcher and professor since 1990 at the Departmenet of Astronomy at University of Geneva, after a postdoctoral stay at the Institute for Advanced Study, Princeton, USA. 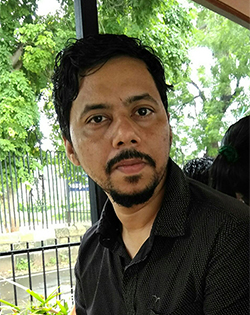 Kanak SahaIUCAA, India
Faculty member at the Inter-University Centre for Astronomy and Astrophysics (IUCAA), India. Expertise on the dynamics of galaxies; worked extensively on the formation and evolution of bars and bulges using N-body simulations. Other research activities include high redshift galaxies, UV astronomy using our Indian satellite AstroSat. He has published more than 30 refereed papers and organisers of several schools and workshops in Astronomy and Astrophysics in Indian universities. 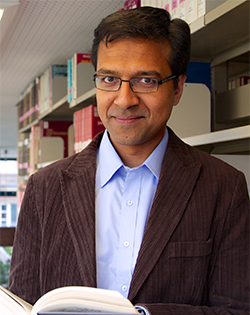 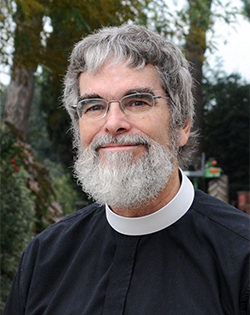 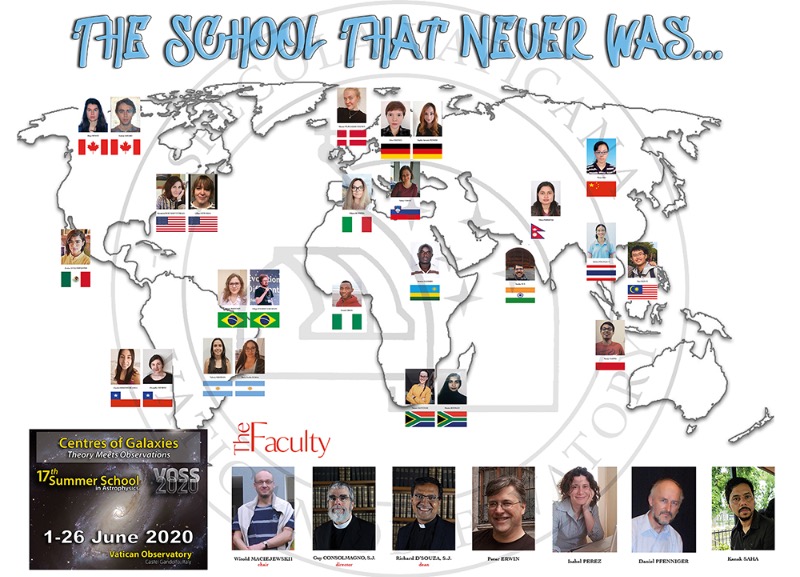